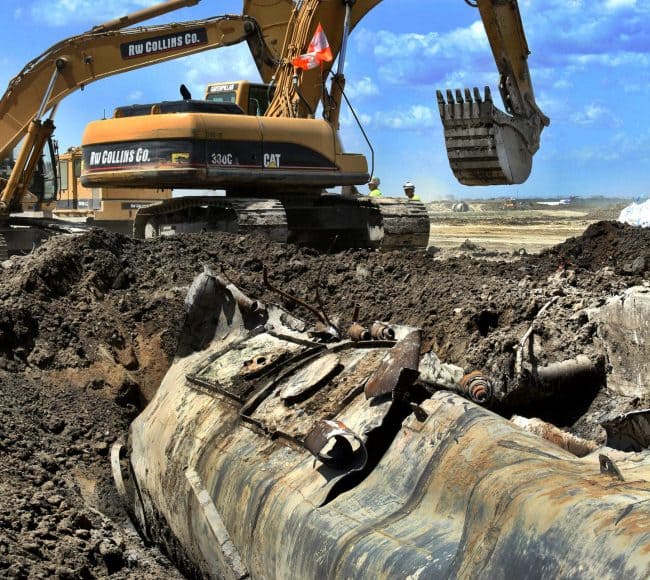 (4) 40,000 gallon fuel oil tanks, previously abandoned in place and filled with foam had to be removed to make way for a new cargo facility. Removal procedures included: liquid removal, use of drying agent to change foam into a movable state, and removal of foam with an excavator.